WANT TO BE IN THE COMPANY OF PEOPLE WHO LOVE TO READ?

with special guest, Freddie Simmons, author of Ghetto Resume I and 2

Last weekend (July 30-Aug 1st), I attended the 8th Annual National Black Book Club Conference for the very first time. An event, I should mention, that is circled months in advance on many book club presidents’ calendar. The NBCC is organized by author, Curtis Bunn and was created as a means for book clubs to connect with each other and meet with their favorite AA authors at the same time.

Although I am president of Nubian Sistas Book Club, and knew about the event for years, I’ve never attended the NBCC before. But since I had a book published earlier this year which just so happened to be written for book clubs, I thought this would be the perfect venue to showcase my baby.

So in early February, I emailed Curtis and asked him if he had any vending space available. He replied back with a “no, but I’ll see what I can do.” Within an hour, Curtis e-mailed me back letting me know he had a table for me and I was elated. So I purchased the table on the spot and started to make plans for my trip.
Fast Forward to Months Later….
I arrived at the event on Saturday, a day late due to my schedule and flight delay (SIDE NOTE: Spirit Air is a hot mess). Although I was tired, I arrived at the Hyatt Regency Atlanta excited to meet so many book clubbers. So after navigating around the hotel, I found the registration desk and proudly announced to the volunteer that I was a registering author.
“You’re name?”

Curtis, who was also sitting behind the table, replied “Joy? We were expected you yesterday. I thought you weren’t coming so I gave your table to another author.”
Now for you authors out there you can just imagine the combination of dread mixed in with a hint of “oh hell naw” that I experience at that very moment. But being the Lit Diva that I am, I remained calmed (or at least what I hope was the appearance of calm) and proceeded to followed Curtis as he soon requested.

Me with Troy Johndon of AALBC and a book clubber

We walked toward the back of the conference area where there was a room set up to be filled with other authors pushing their wares. He scanned the room and noticing there was no place to squeeze in a table for me, said he would return and walked off to who-knows-where. So I stayed behind and waited but tired as all hell, I sat down in someone’s empty chair, not really caring who it belong to at that moment. Across from me sat Tina Brook-McKinney, an author I knew by name but never met before. We began chatting about the NBCC and other author gossip while I waited for Curtis to return. A few minutes later he came back and told me he found something for me. Now I was imagining being place in a corner off in the wayside where I would need carriers pigeons to relay messages to and from the other authors. But lo and behold, Curtis hooked me up with some prime real estate near the front entrance where the majority of the breakout sessions were being held.

So I began setting up shop and barely starting placing up my signage when I heard something that every new author dreams about hearing “Oh I was looking for you yesterday… I wanted to purchase your book.” (SIDE NOTE: Shouts out to Tracy B. – you really made my day when you said that.) So with a big grin I sold my first copy within minutes of setting up my display and I didn’t stop selling till around 4pm when things started to die down.

As the day progress, I met and reconnected with some really great people including Troy Johnson from AALBC, Travis Hunter, Reshonda Tate Billingsley, J. Thurman, Tee C. Royal from RAW Sistaz, TaNisha Webb of KC Girlfriends Book Club and the list goes on and on and on…

That evening was the Red Carpet author affair followed by the banquet dinner. I heard it was really nice and everyone enjoyed themselves. I can’t speak any further about this however, because while everyone was mingling and having a great time, I was laid up in my hotel room pass out on my bed from complete exhaustion. Lying next to me was a really cute black and gold dress that I had attended to wear that evening. And although no one saw me in it, my dress was so cute, I wanted to mention it here.

The following day I had the pleasure of being part of  the book club panel  about “Maximizing your Book Club Experience” which was moderated by TaNisha Webb. This was followed by the “NBCC Wrap-Up” moderated by Curtis Bunn. It was during the wrap up that I really saw the love everyone had for each other in the room. And although at this point in the event, only some of us were still wearing our name tags, I noticed that Curtis seemed to know everyone by name regardless of the fact.

My experience at the NBCC was amazing. The book clubs there gave so much love to the authors and it’s such a pleasure to be among so many book lovers. For authors, I would recommend attending the NBCC since it’s a great place to meet and network with book clubs. Book clubs have been the grass root of many AA authors and without their support is would be very difficult to succeed in the book game.

The event was well-organized, especially when you considered the fact that Curtis wore the majority of the hats (SIDE NOTE: I’ve been to some literary events that put the F in WTF so believe me when I say it was well-organized) and the book clubs were getting a kick out of meeting their favorite authors who were in attendance by the drove.

I will definitely be attending the NBCC next year but this time, I’m bringing my book club with me. If I knew how much fun this event was I would have made plans for us to attend years ago.

With so many book clubs across the U.S. a lot of aspiring artist want to get connected.  They want to have them support their work and the career they are developing.  Not everyone can be endorsed by a major entity to be noticed by the masses.
What does the artist do?
Research: All book clubs do not focus on every genre of writing so an artist has to find out what book clubs would be interested in their story
Proposal: Send a letter to the head of the book club inviting them to learn more about you and your book.  After seeing what you have to offer to have the club read the book and then you would come do a Q&A.
Accountability: Once the book club has scheduled to read the work the artist must confirm the live meeting and be on time.  They want to meet a professional that keeps their word and follows through.
Follow-up: Get blurbs about how they felt about the work, would they recommend it to someone else and what they thought about meeting the artist.
Not each club will be interested in the book but some will.  No matter what always give 110% because no one knows what other opportunities can come from the support of a book club.

Ms. Carla Thorpe has a passion for using her literary talent to motivate and help others. She has taken English and Creative Writing courses at Norfolk State University. Her talent for writing has gotten her works in renowned publications such as Stylistic News, Brown Gurl Magazine, The Examiner (online) & The Review Magazine. Taking this talent to another level she designed “Persevere Newsletter” to Inspire and Motivate The Masses. 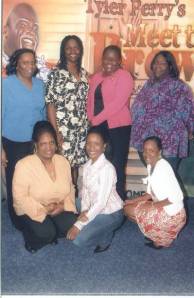 Founded January 2004, WREEL Readers selected “Sisterhood Situation” by Janette McCarthy Louard as the first book for the group to read and discuss at its February 2004 meeting.  “Sisterhood Situation” is based on the relationship of four very different women whose friendship remains true — blue as they face life, love, heartaches, and joy.  This selection proved to be the most befitting as the group’s first selection.  WREEL Readers started with four members who remain loyal to the vision of reading to enhance and enrich our lives.  We read books that are thought provoking and may be applied to aspects of our daily lives.  WREEL Readers consist of a group of positive women with diverse backgrounds and has become a sisterhood.

WREEL Readers has grown from one group to two groups based in Orlando and Tampa, Florida.  Although, the group has increased in size we continue to remain loyal to the vision of not only enhancing and enriching our lives but the lives of those around us.  It is our goal to promote self-awareness and increase literacy in our community.

We meet of each month for literary discussions. In addition, we participate in various social and community activities throughout the year.  Click on events for more information.

Mission: To enhance and enrich our lives through reading and remaining culturally aware of our environment.

Belief: We believe that as we read, cultivate, enhance, and enrich our lives, we enhance and enrich the lives of those around us.