Life’s daily struggles can often leave us perplexed and bewildered on how to cope with hard issues. In COMPLETELY WHOLE, Paulette Harper offers keys to help those who are searching for answers that can lead to a life of complete wholeness: Spirit, Soul and Body. COMPLETELY WHOLE focuses on how to overcome suffering caused by alcoholism, substance abuse, poverty, and other obstacles blocking the path to a life of wholeness.”

A sought after speaker, certified life coach, minister and author. As an inspirational and motivational speaker, Paulette’s desire is to motive women to reach their God given potential through conferences, workshops and seminars. Combining enthusiasm with an energetic speaking style, audiences describe Paulette’s presentation as inspiriting, enriching and encouraging. She is committed to speaking a message that is always uplifting and edifying. Paulette has authored such books as That Was Then, This Is Now which achieved national recognition by being awarded a finalist in the 2009 Next Generation Indie Book Award and her newest release  Completely Whole was published under her own publishing company Thy Word Publishing. She is the co-author of Victorious Living for Women. Her next book For Such a Time as This will be released in 2011 in addition to Victorious Living for Moms.

Visit the author online at http://www.pauletteharper.com 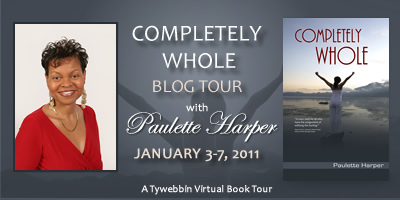 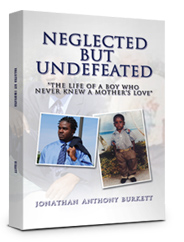 Growing up in Jamaica, Jonathan ‘John’ Burkett feels loved by his grandmother, aunts, uncles, cousins and, most of all, by his
grandfather. Little did Johnny know that this little childhood bliss is to end soon when a visitor from America takes him to live with his
family.

In the land of the free, the young boy finds himself trapped in a world that’s been turned upside down.

He finally meets his ‘real’ mother, but instead of joy at seeing his son, from whom she’s been separated when he was just a baby, she stares at him as if seeing someone else and cringes at the sight of
him. Instead of showering him with love and kisses, as a loving mother should, she showers him with beatings and death threats. Instead of cooking meals for her son, she serves him a plateful of insults. Instead of tucking him to bed at night, she continually kicks him out of her house so he ends up sleeping in friends’ houses, at the park, or on the streets.

One heartbreaking moment in the author’s life was when, after several plots to get him arrested, he straightforwardly asks his mother if she loves him. She looks him in the eye and simply answers, “No.”

This autobiography will grip at your heart as the author pours out his very soul, flooding each page with painful echoes of the past that will not die down while kept bottled up. In time, he realizes that his own grief has been passed on to him by his mother, who experienced incredible anguish at the hands of his biological father.

Jonathan Anthony Burkett was born February 1, 1987. He is a bright outstanding writer inspired by many, as he continues to struggle in life.
Devoted for achievement in his lifetime, he is willing to take any test. He told himself, that he would never give up no matter the trials and tribulations. He decided to write to help him move towards a bright future for himself; and because he knows that’s what his Grandparents want for him.

Jonathan Anthony Burkett life changed dramatically the year 2005 after he had survived a surgery that, he was told would better his life. Miraculously it did, along with his mind about life. A young man now, dedicated towards achieving goals in life, without his GED/High School Diploma, he had now looked at himself as in the world.
Having the urge now to get himself back into school to get either his GED/High School Diploma, Jonathan held back from it because his mind was to blocked up with all of the problems that he was having still in his life. After days of thinking about how he was going to handle all of his living problems, he had gotten the idea to just find a good job, and to save up until he was able to provide everything that he needed, so that he may feel uplifted and then ready to strive for success. However, mistakes were made and jobless he became once again. That’s when he remembered what he had told himself, what he wanted to do if he survived his surgery, and that was to share his life story with the world for many to see how  merciful our father God is, to his children.
In the future Jonathan will be of course writing more books along with having goals on becoming a scriptwriter, songwriter, actor and more things that he loves to do as doors begin to open up for him.   Patiently Jonathan is still waiting, for if it was meant to be, victory will be in one of his open doors that he, will someday walk right through.
Posted by Joy Farrington. Categories: author spotlight, black book, blog tour, featured post. Tags: african american author, book reviews, jonathan burkett, literary, neglected but undefeated. Leave a comment